The Challenges Of Virtual Dance Teaching 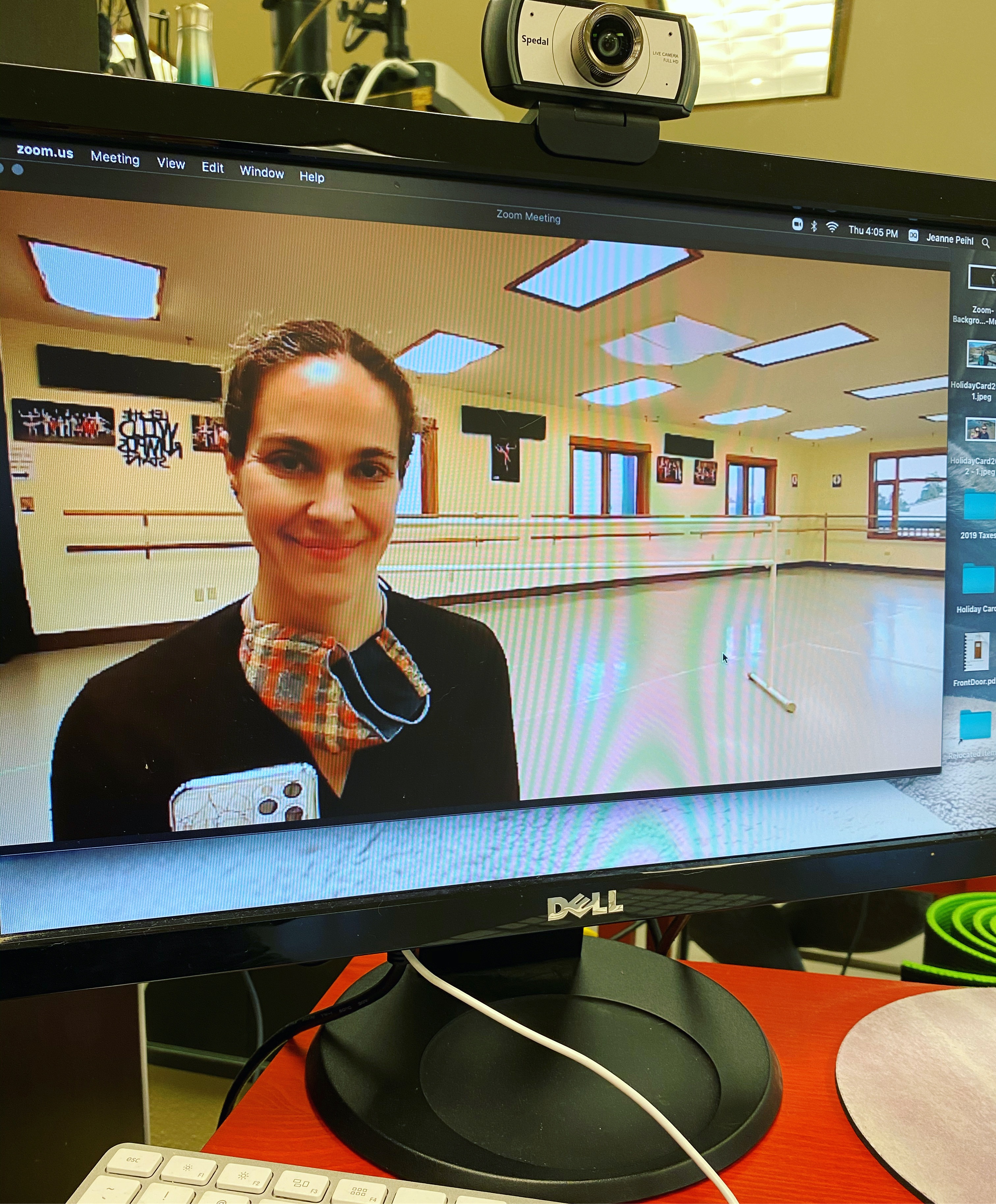 From Studio To Zoom: Making The Transition To Virtual Dance Teaching

In her first “Oh no!” moment of the COVID-19 pandemic, after her dance studio on tiny San Juan Island was forced to close back in mid-March, Jeanne Peihl wondered what would become of her scheduled June performance.

Then came another frightening thought: How on Earth would she be able to teach ballet over the internet, when she had students as young as 4 years old and nothing but a cranky old iPad to work with?

“There were so many challenges,” says Peihl, who has owned and operated Salish Sea Ballet in Friday Harbor, WA, for the past seven years. “Retaining the students and keeping them moving was a challenge right off the bat, and then, there was the technical aspect…”

Like dance educators all over the globe during this tumultuous year, Peihl found herself morphing from a teacher into a student as she scrambled to adjust to the new demands of her industry and learn, on the fly, to mould young dancers via a completely different format.

“As dance studio owners, we sometimes don’t have the latest technology,” she says. “Studios that I’ve worked in, we make do with what we have, and I had this old iPad that was totally not working for Skype. I was trying to Skype my classes on this iPad from my house, and it was just like, the camera didn’t pick me up well enough and the speed of the video was off. So I had to become a student of, ‘Why is this not working?’”

At the time of this interview, Peihl had just begun her second studio shutdown of 2020, after running in-person and virtual classes simultaneously for three months.

COVID caused a number of obvious obstacles for her as a business owner: she had to cancel that spring performance and overhaul her annual holiday Nutcracker show; during the summer, she had to turn off the utilities at the studio to save money; and she had to break down and invest in a brand new computer and webcam to wire up the studio for Zoom class (she ultimately made the switch over from Skype as the shutdown stretched on). Beyond all that, actually making the transition to virtual dance teaching has been its own weird, wild journey. 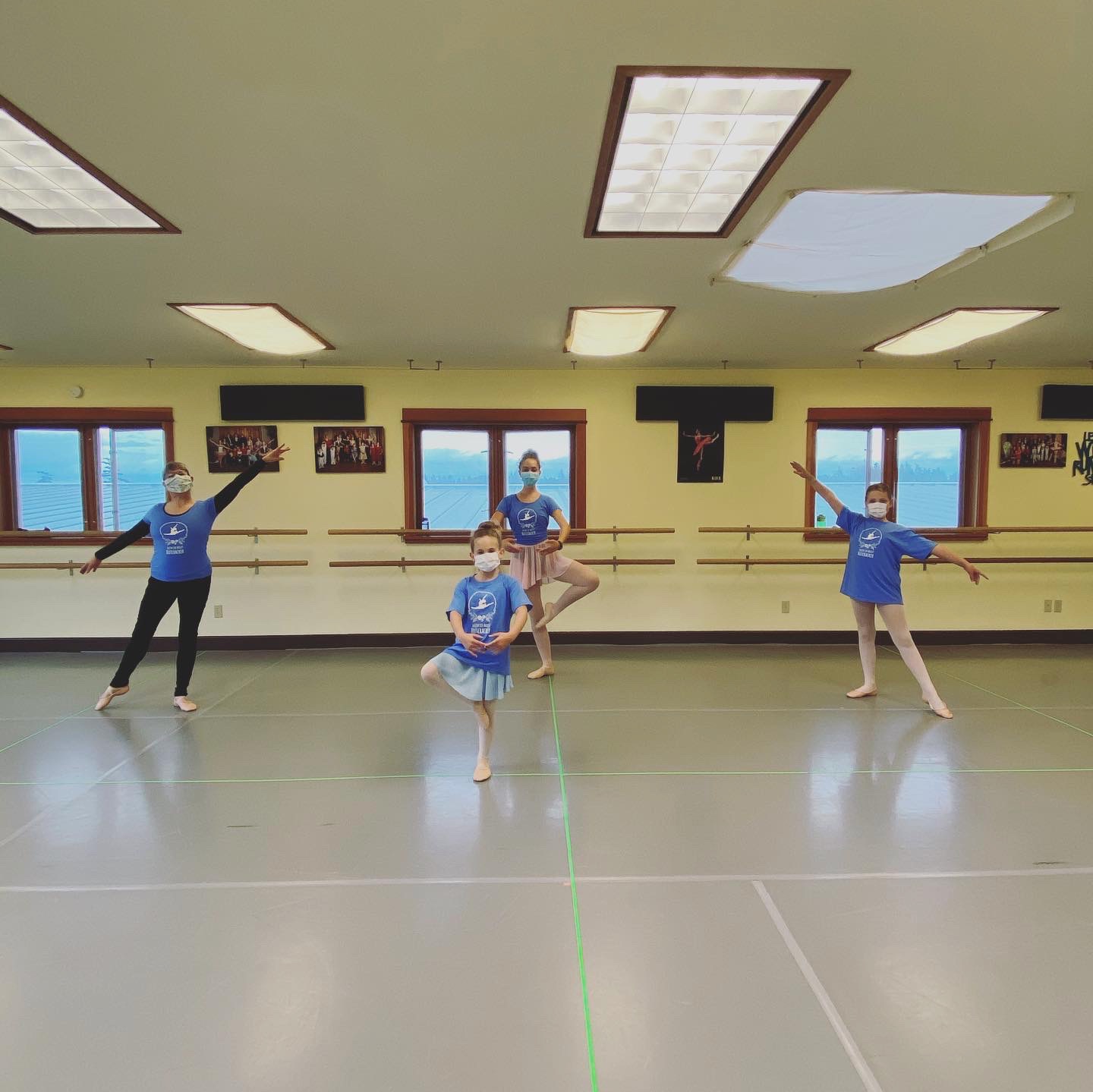 “Teaching on Zoom alone is like teaching two classes at once,” Peihl says. “I have to do all of the exercises full out, and with a camera being there...people’s cameras are mirrored, so if I say ‘Right leg,’ or ‘Left leg,’ it looks different to everybody. That drove me nuts at the beginning, because we couldn’t all be on the same leg.

“Then I realized, ‘We’re going to let that standard go.’ As long as I can see that they're doing one side and then the other side, it doesn’t matter if they’re starting on left or right. That was a big thing for me — letting things like that go, but keeping the training going, because we don't have to spend 10 minutes figuring out if we’re all on the same leg or not. Let’s just dance, right?

“For students, I think that’s difficult, too, because they want to do the right thing, and they're like, ‘Oh my gosh, I think I’m doing the wrong thing!’ It was difficult, but then I had to be like, ‘No, you’re OK. Just dance. Just do whatever you think is right, right now. Just do something. Anything.”

That patient, flexible approach has helped Peihl stay positive throughout the pandemic, and it’s helped her hold on to a group of 30 students — more than she expected — in a time when dance class is anything but conventional.

At first, Peihl was just running what she called “dance party” sessions for her younger dancers, giving the kids a chance to burn off energy playing movement games while doing some socially-distant socializing with their friends from the studio. But sometimes, even with a few months of virtual teaching under her belt, Peihl’s more structured Zoom ballet classes feel like a bit of a free-for-all.

“I teach Ballet One, the first level of ballet for 6- and 7-year-olds, and teaching this age on Zoom, it feels like we get nothing done — like, I’m not getting through,” she says. “Kids, especially at the beginning, would just disappear from the little square, and you’re like, ‘Where is she going? Is there somebody else home with her right now?’ It's very hard, but the fact that they come back in, and the fact that we can take that time, even if we’re not dancing to the curriculum 100% of the time...if we spend 10 minutes with one dancer trying to figure out how to un-mute and re-mute her microphone, that is still time that we are together. I am still together with the kids and seeing their faces.”

Despite the many challenges of the past year, Peihl says has seen some real improvement in her dancers’ skill level, some clear evidence that her adjustment to virtual teaching has been a success.

“I have learned a lot from listening to others and talking with other teachers but also going back and re-analyzing my curriculum,” says Peihl, who has nine years of teaching experience. “Like, I don’t need to teach a new skill this fall. Maybe we go back and work on perfecting our pirouettes from fifth [position], which we can do in a 3-by-3-foot area at home.

“I have noticed that my students have improved their balance because my curriculum has adapted to keeping us in this 6-by-6-foot box. So, I’ve learned how to work on things differently, maybe going back to basics a little bit, but doing things that will still serve their technique when they come back into the studio.”

After having to officially cancel her holiday show, Peihl was elated when a local theater recently invited a small group of her dancers to come in and have their Nutcracker choreography filmed. Their performance will be distributed to the entire community, free of charge.

It’s nice to have a tangible reward for a year’s worth of blood, sweat and tears — an “Oh yes!” moment after so many “Oh no!”s — but Peihl is just grateful to have kept her studio community together.

“I worked so hard all summer and fall to get these Zoom classes set up, and being able to keep everyone connected and seeing 30 dancers attend class through Zoom...I know that all is not lost,” she says. “Kids are still dancing. Adults are still dancing — my adult students are still with me. So, just keeping people dancing is the biggest success.”

Also, remember to keep checking our blog as we continue to share thought-provoking stories from the world of dance. You can also follow us on Facebook and Instagram at @costumegallerycostumes and subscribe to our email newsletter to experience everything Costume Gallery has to offer!