As a “Mama Coach,” Former Pro Dancer Empowers the Next Generation of Performers 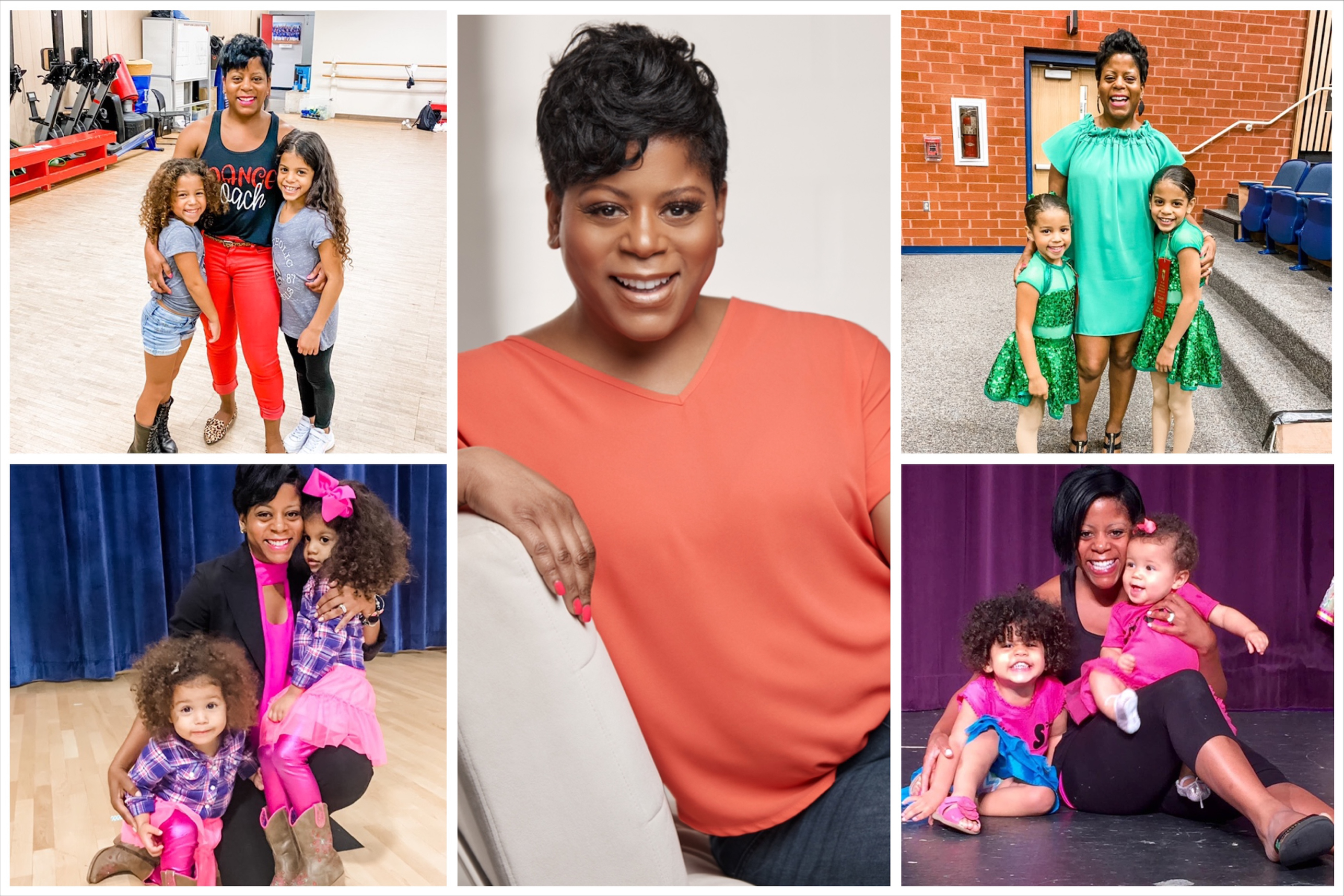 Channeling the tenacity and passion that made her a successful pro dancer, Wanda Weir balances her roles as a busy “Mama Coach” while staying true to herself

As a dancer, Wanda Weir was a true powerhouse — small in stature, but with an effervscent personality and undeniable passion that made her larger than life on stage. She started performing tap solos at the age of 3, and even in her earliest memories, she just knew that dance was her destiny.

“When I got on the stage, I describe it like sunshine through my body,” says Wanda, a native of the Washington, DC, area, who grew up to dance for multi-national champion Towson University. She then went on to dance for the Washington Wizards of the NBA, where she also acted as team director for three seasons, and the NFL franchise now known as The Washington Football Team.

“I could be having the worst day, but they would call ‘contestant number whatever,’ and I would step on the stage, and it was like, ‘Here I am!’” Wanda recalls. “And it wasn’t the awards. Humbly, I will say that I was nationally ranked and consistently placed at regional and national competition, but that’s not why I did it. It was that there is nothing like it.” 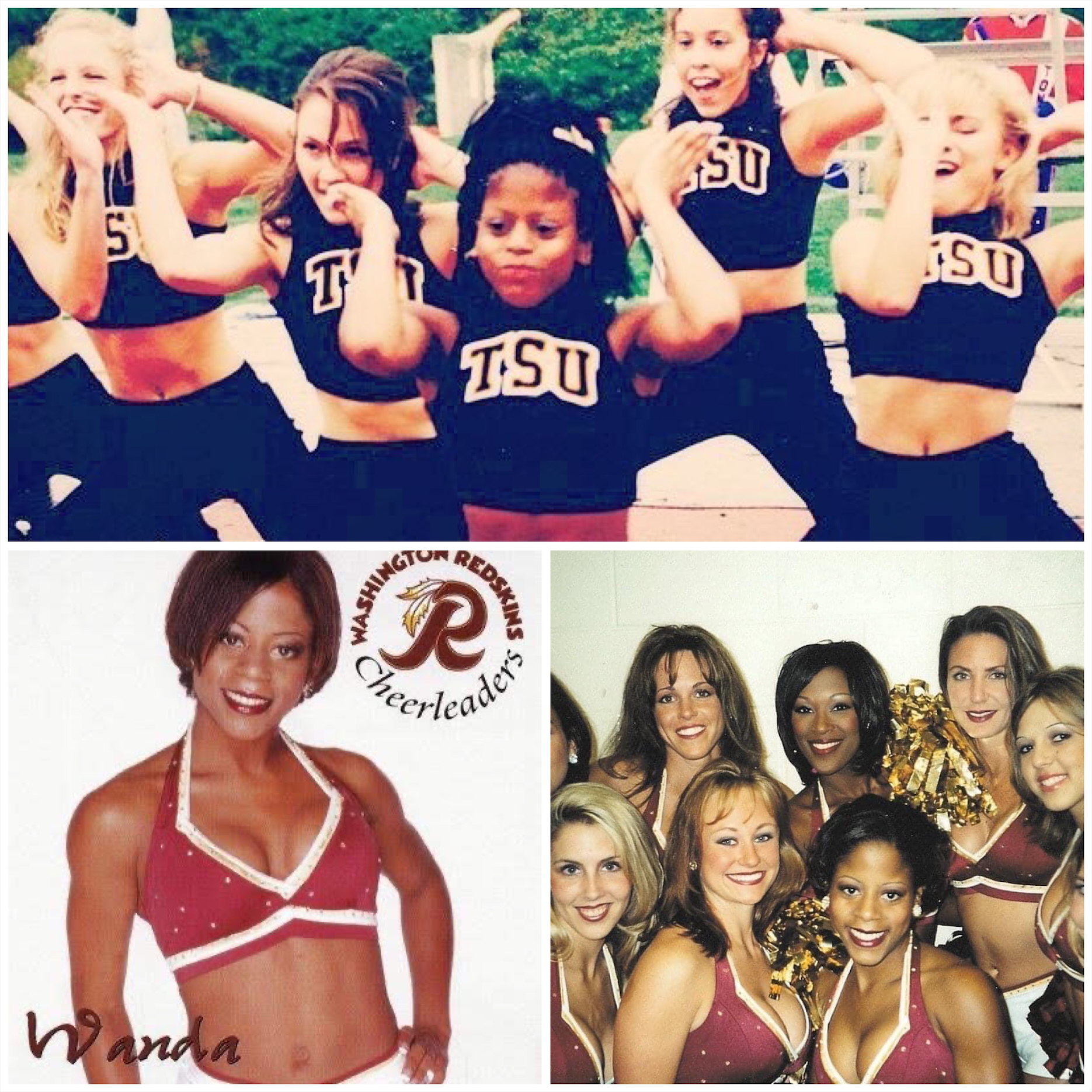 Flash forward a few decades, and Wanda has taken her show (mostly) behind the scenes, but she’s still shining her light on everyone she meets. Now, she’s using her strong personality and passion — not to mention her 25+ years of knowledge and experience — to empower the next generation of performers.

“I don’t feel like you ever really ‘arrive,'” Wanda says. “People talk about self-actualization, and I don’t ever want to be at that place, but I’m really comfortable with being me, and it took me 40-plus years to get here, but I like myself, and I have done a lot of work to be where I am. I know I have a lot to contribute and I want to give back to the dance community that has helped me and that’s why I love coaching because the dance community has poured so much into me and now it’s my time to give back.”

Wanda calls herself a “Mama Coach,” which seems like the perfect moniker, given her various roles as a mentor, motivator and matriarch.

She is the owner of Premier Dance DC, a dance consulting company that helps competitive dancers strengthen their bodies and minds with an intense, dance-specific training regimen. She is the head dance coach at Catholic University, and her emphasis on strength and conditioning lifted her team to its highest-ever finish (second place) at nationals this year.

When she took over the Catholic program three years ago, Wanda stepped back from judging collegiate dance championships, but she still continues to adjudicate at high school, all-star and international dance competitions, including The Dance Worlds.

Her most important role, though, is Mom to two vivacious young entertainers: Adrianna, 9, and Mila, 7, who love the spotlight as much as their mom did at their age. Along with her husband, Josh, Wanda and the “Wonder Weirs,” as the family is known on social media, are a dedicated showbiz clan with agents in numerous cities and a full slate of bookings.

The family travels all over the US from their home in Stafford, VA, to appear in everything from print ads to TV commercials to Broadway productions to Kidz Bop music videos to costume catalogs. Adrianna and Mila both attended a recent Costume Gallery photoshoot in Bristol, PA, where they modeled our 2023 collection — coming soon!

When they’re not rehearsing or performing, the Weirs are self-recording audition tapes and voiceovers whenever their agency calls with a new opportunity. Adrianna and Mila also take regular acting, singing and dance lessons to keep their skills sharp.

“Typically it’s a little crazy, but it works for us, if that makes sense,” Wanda says. “It feels full to us, but it doesn’t feel stressful.” 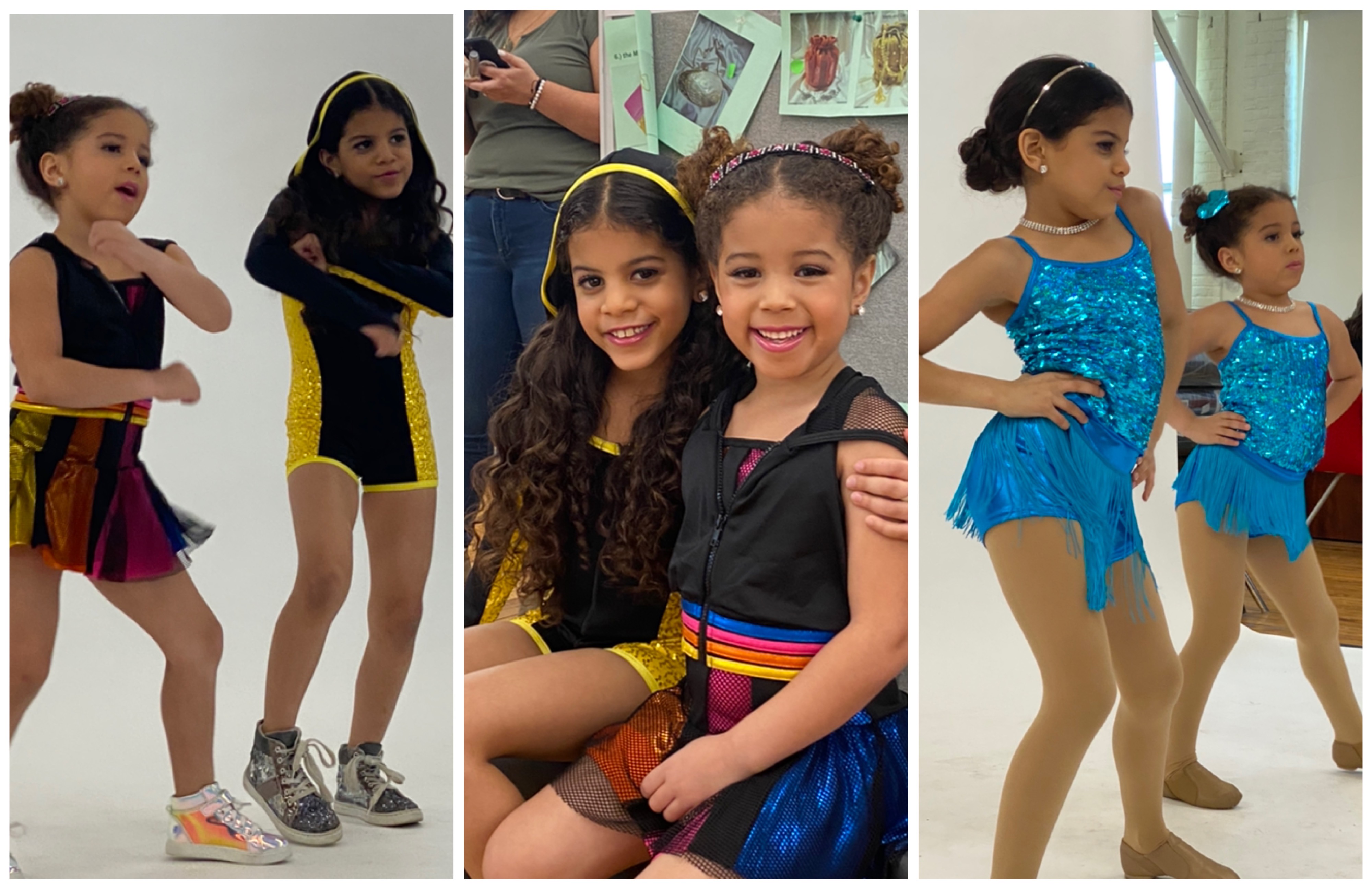 To help manage the family’s hectic schedule, Wanda homeschools her daughters, which gives her yet another job title: teacher.

“I am with them all the time, and I am their #1 source of everything right now, which is great — but it’s also a lot of pressure, like I’ve got to have my stuff together,” Wanda says. “But I also make sure to show them that mommies don’t always have their stuff together. I tell them when I need a moment, and I encourage them to do the same. We dialogue a lot, and I think having conversations with them is so important.”

Growing up amid the pressures of competitive dance, Wanda says her own mother insisted on regular check-ins and never let Wanda off the hook when it came to expressing her true thoughts and feelings.

“She would painstakingly make me talk to her, and then eventually it became, ‘Oh my gosh, Mom! Guess what happened today?’” Wanda remembers. “And I just wanted to talk with her because she wouldn’t take ‘No,’ or those one-worded answers, and so I was able to talk through my emotions. So that’s what I do with [Adrianna and Mila]. I try to make them feel like their emotions are valid, even when they may be inappropriate. I talk to them about how we can choose a better emotion or ways to, if you’re feeling this way, it’s OK to take a timeout and come back to a shared space so that we can all get along. So we talk about all those things, big time.” 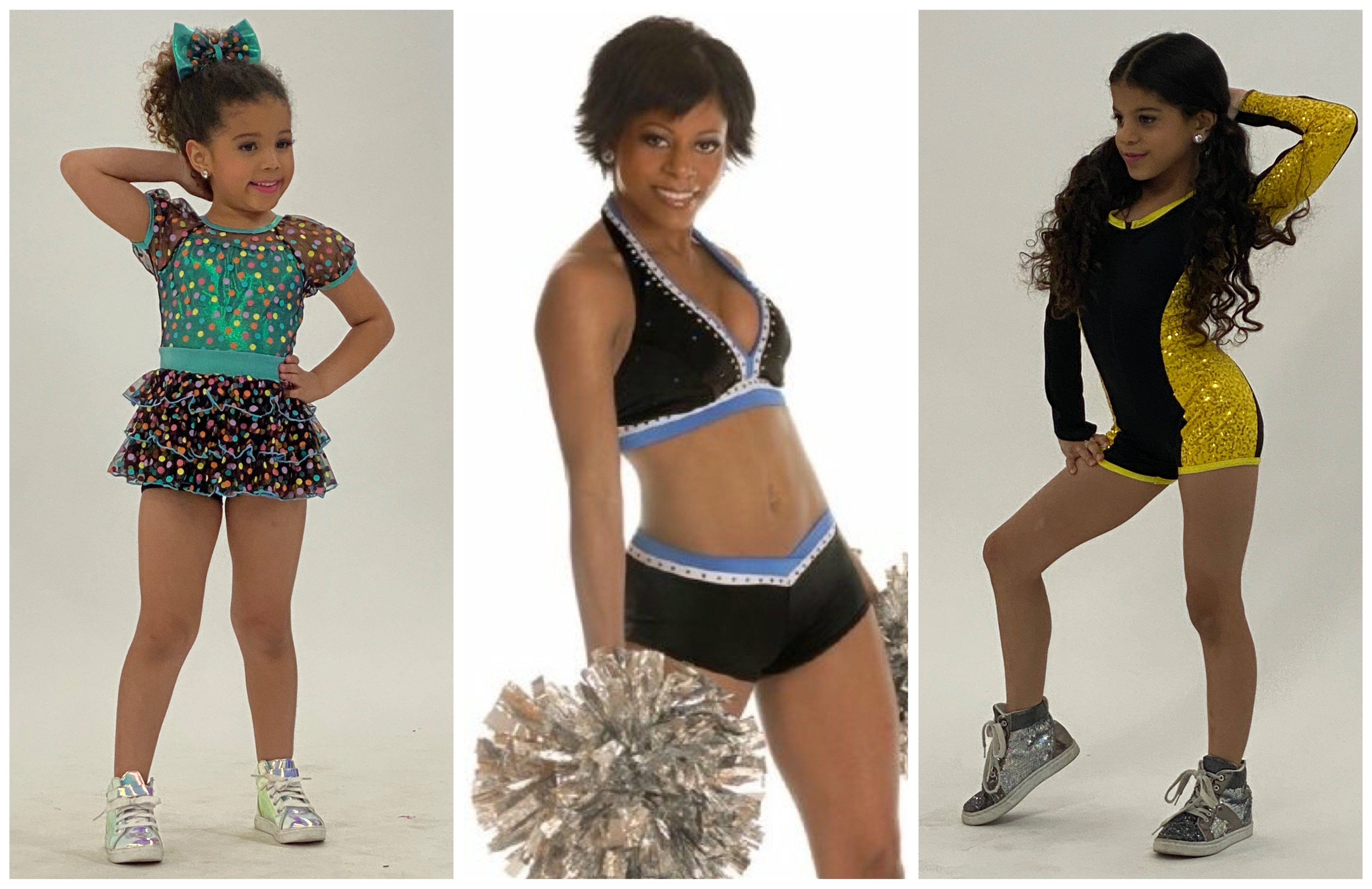 Wanda says that becoming a mom has helped to shape the way she coaches her teams. She began coaching before she was married, even beating out a long list of older, big-name veterans to become the Wizards’ director/choreographer when she was just 28, and she remembers telling her interviewers, “I can guarantee that you’ll be hard pressed to find someone else who works as hard as I do.”

She has not lost that tireless work ethic — or that self-assuredness — but over time, Wanda has learned to redefine success and set different kinds of goals.

“My younger years coaching, I coached from a very results-focused approach,” she says. “I wanted to win. I was driven. I had the tools, and I was like, ‘Let’s go after it!’ As I’ve gotten older, and mainly after I became a mother, I became a more heart-centered coach and that’s when I saw results start to happen. And by that, I mean, especially when you coach collegiate athletes…I am their ‘Mama Coach,’ and I let them know, ‘Listen, before we start one physical activity, I need to know how you are doing. I don’t want to know what you did on a test. I don’t want to know about how the routine is going. I want to know how YOU are doing.’

“I think in years past, when I was a competitive dancer, everything was about pushing through it, just squashing it down and fighting through injuries, and I don’t coach that way. I really want them to know that I care about them, and I do. My dancers become like family who leave a lasting imprint on my heart.”

While her strength and conditioning program enabled the Catholic U. dancers to elevate their physical performance, Wanda’s motherly approach to coaching and willingness to “be real” helped to strengthen their mental game. The result? A club program that, prior to Wanda coming aboard, had gone through numerous coaching changes and constant upheaval, then fought to survive through the COVID pandemic, has now established itself as a real force to be reckoned with on the national stage.

“When I came into Catholic, there was barely anyone coming to tryouts,” Wanda says. “Now, I have girls emailing, saying ‘Catholic is on my list because of the dance team.’ You talk about winning. That is, to me, we just won the grand championship!” 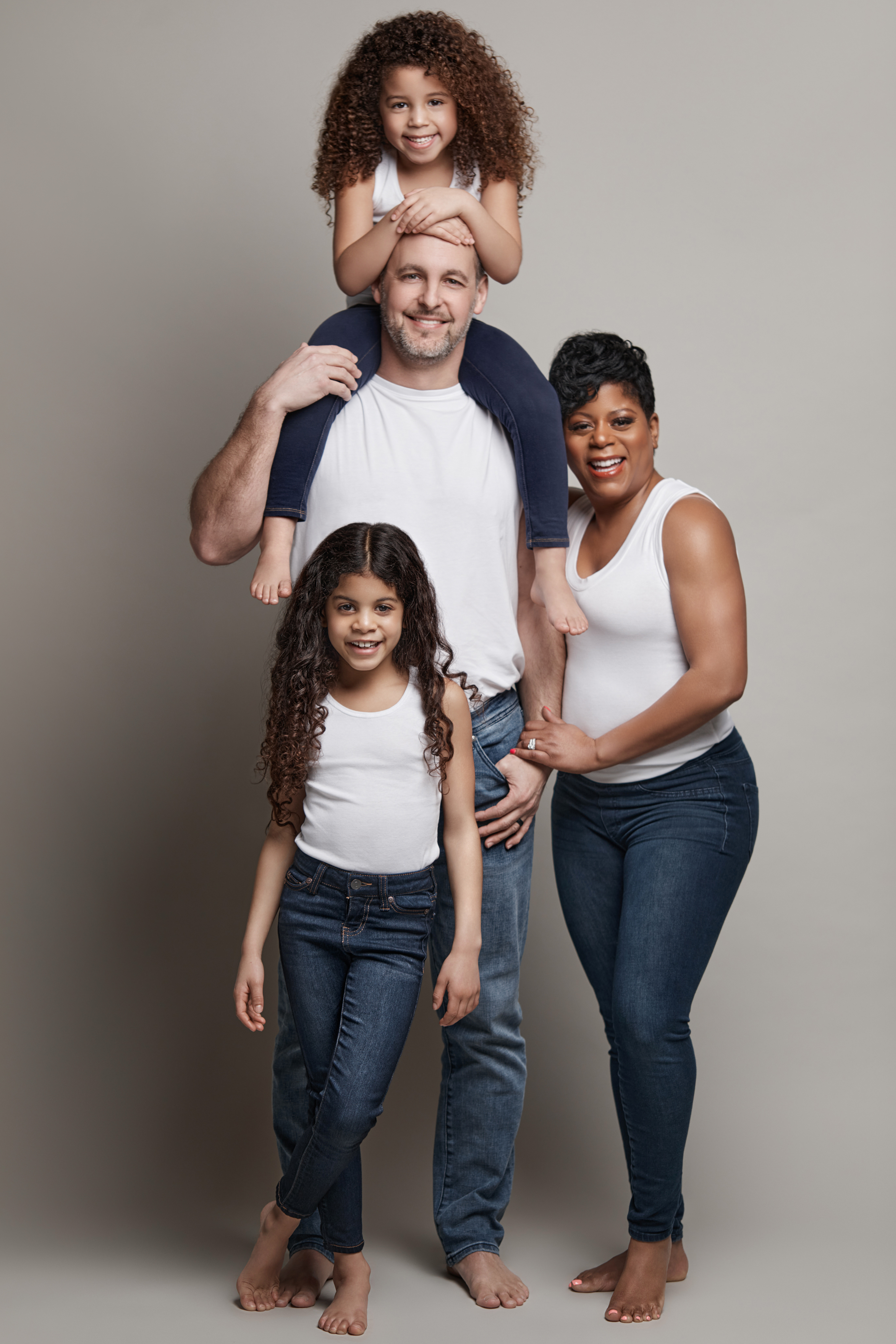 Her accomplishments at Catholic, on top of all her other leadership experiences over the past few decades, have left Wanda with plenty of wisdom. Asked to share some “Mama Coach” success secrets to inspire other dance educators, business women and busy moms, she offered four of her favorite “nuggets”:

Stay tuned to our blog for more inspiring stories from the world of dance, and while you’re here, browse through our incredible selection of costumes for dance recitals, dance competitions, and spring and summer parades.