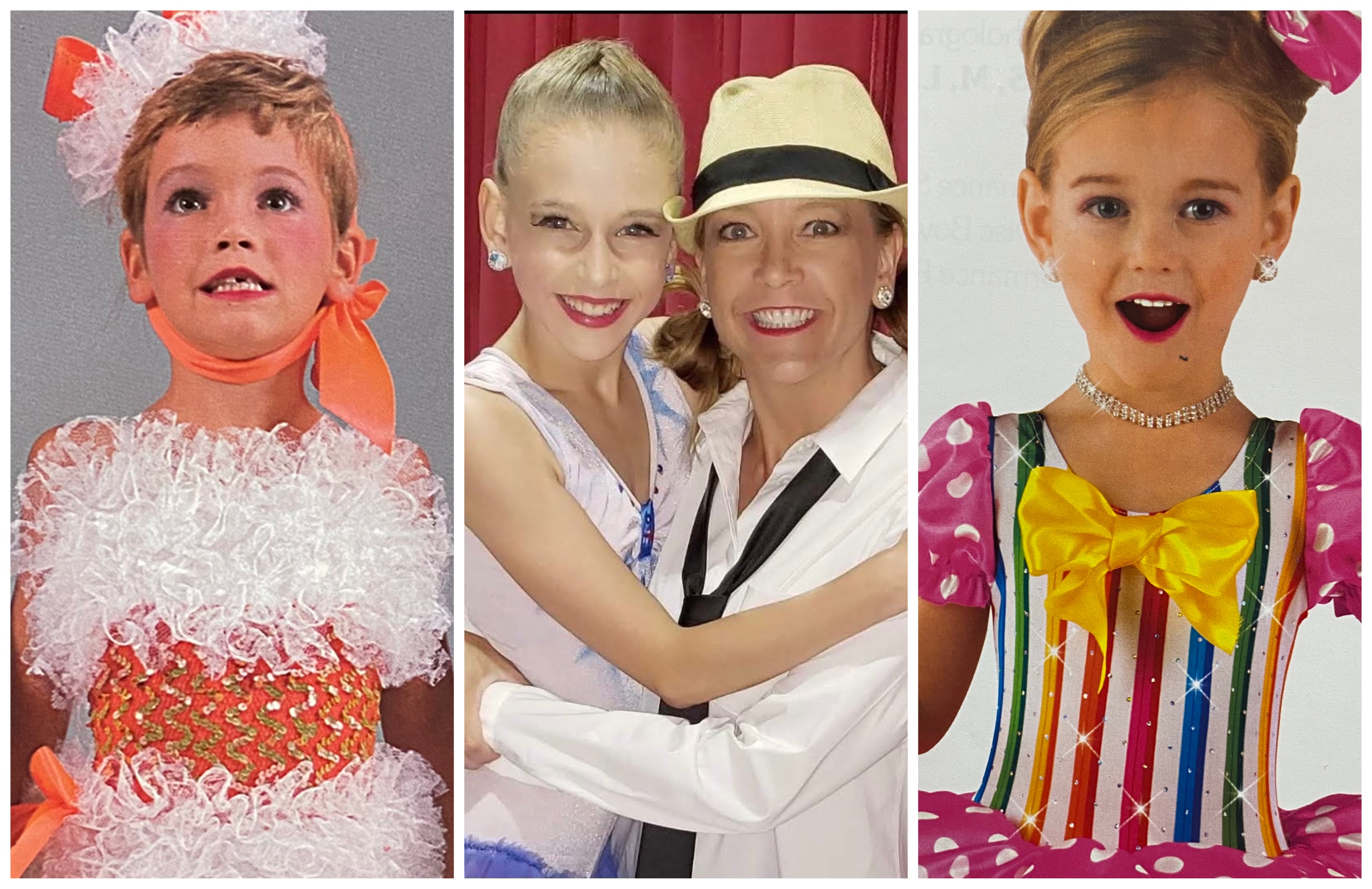 Modeling is All in the Family for Janet & Layla Goodwin

Janet Goodwin gets choked up when she looks at her daughter’s early catalog photos. She remembers contacting Costume Gallery back in 2012, trying to get 4-year-old Layla a modeling gig — just for fun — then watching her shy little one completely blossom in front of the cameras, and on the dance stage, over the following decade.

“She’s just turning 13, and she’s done so much already for her age...more than some people do in their whole life,” says Janet, a former Costume Gallery cover model. “She’s done a lot at a little age, and the whole time, she’s been humble along the way. I’m so proud of her.”

Janet displayed plenty of her own humility when she sat down with us to reminisce about her Costume Gallery modeling experience. She was seven years old when she posed for our 1985 catalog, and she’d just lost some teeth, and the faces she made in photos throughout the book are a big source of amusement for her and Layla today. 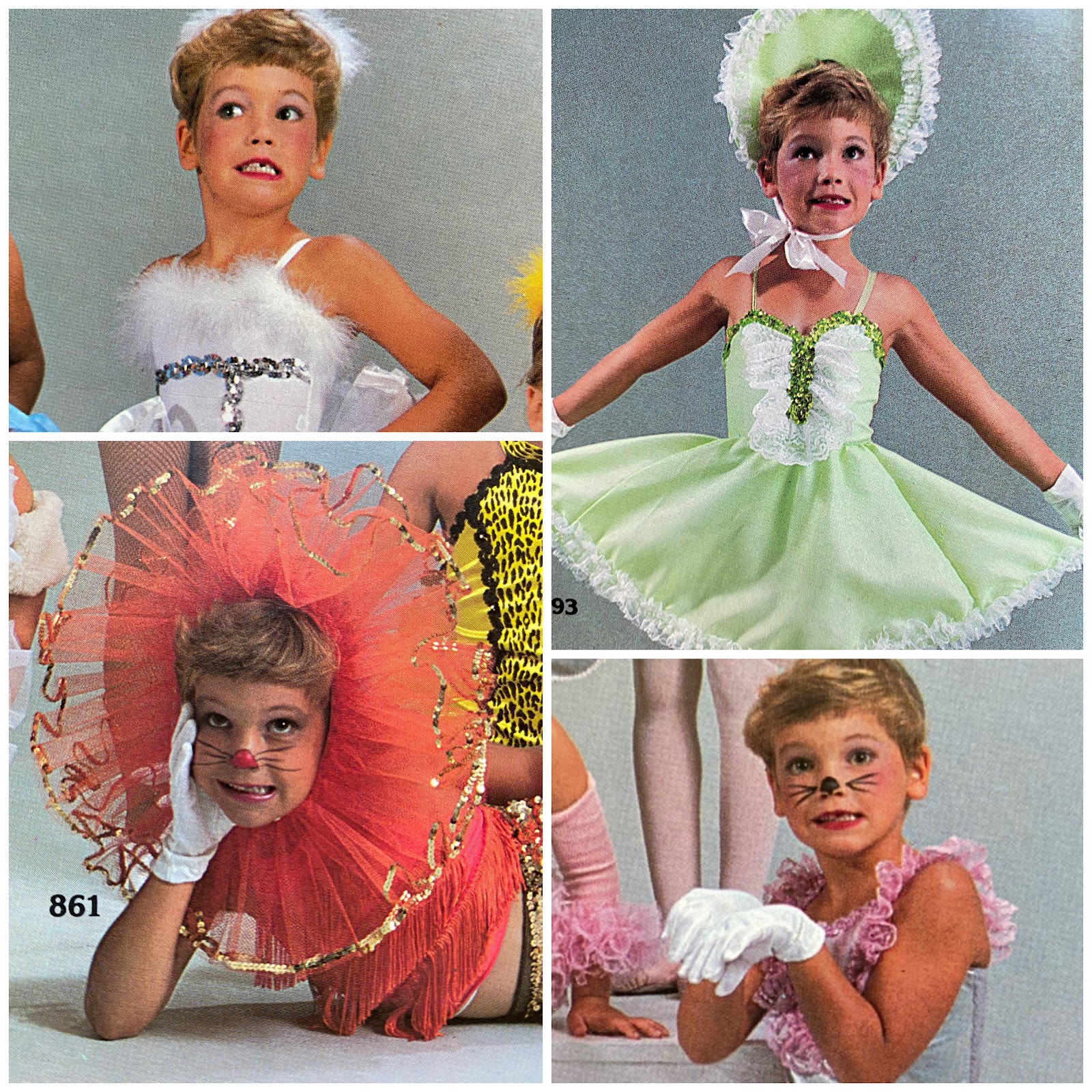 Layla remembers visiting the Costume Gallery building in her younger years and seeing her mom’s photo framed on the wall in a long line of catalog covers.

“I was like, ‘One day I’m going to be up there on the cover,’” Layla says. “When I was little, I thought her photos were really good. 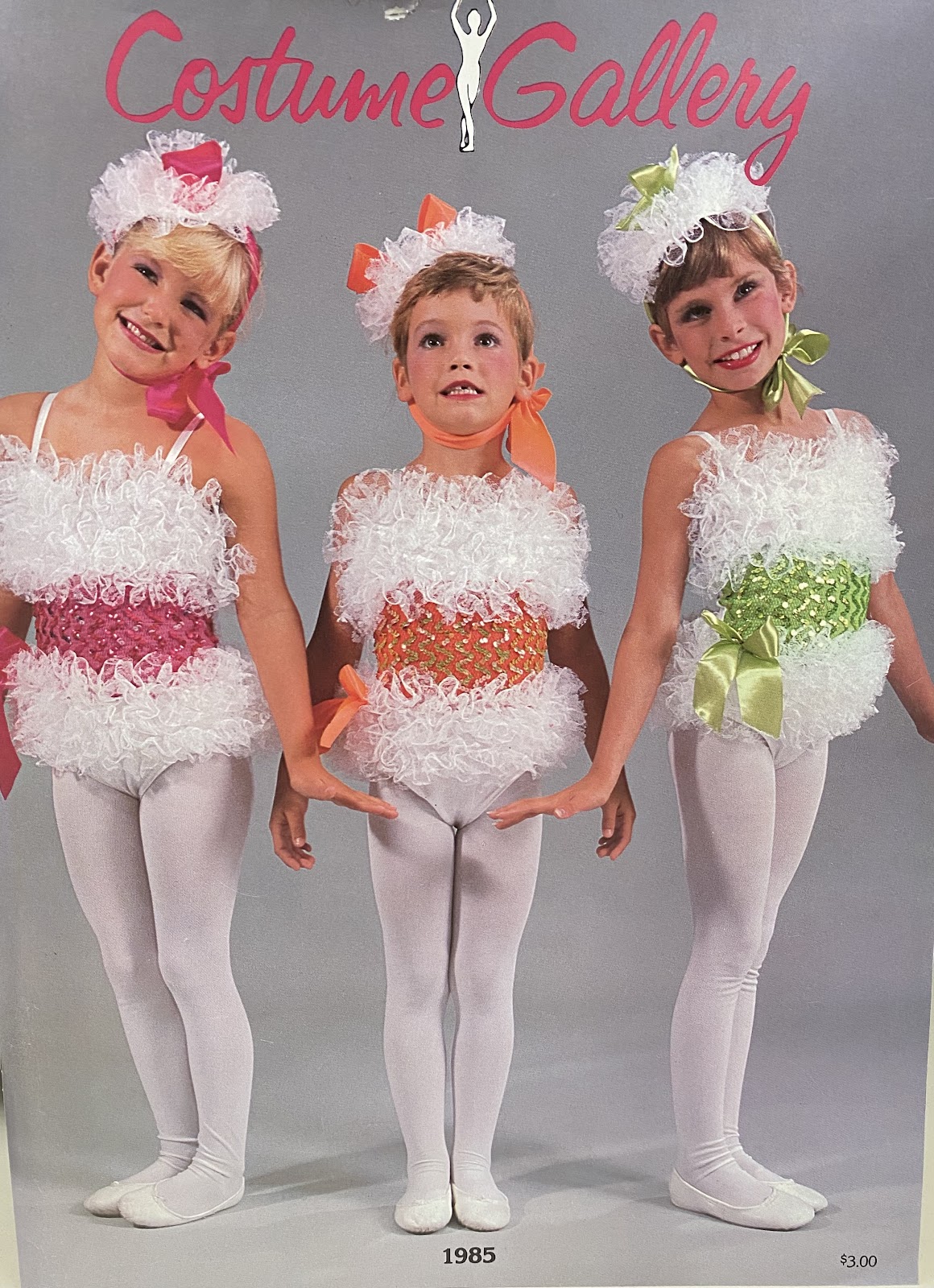 Janet takes no offense to her daughter’s teasing. The two are extremely close, their relationship strengthened by countless hours of traveling to and attending dance classes and performances together. As one of the top dancers at Jovo Dance in Langhorne, PA, a member of the studio’s competition team, a Costume Gallery Dazzler and a social media ambassador for several other dance brands, Layla keeps her mom very busy.

Of course, Layla’s resume also includes modeling for Costume Gallery, a job she’s enjoyed for most of her young life. She has literally grown up in the pages of CG catalogs, from standing stiffly and clutching a lollipop in The Candyman first recital costume at age 4, to striking graceful lyrical poses that make her own mom do a double-take. 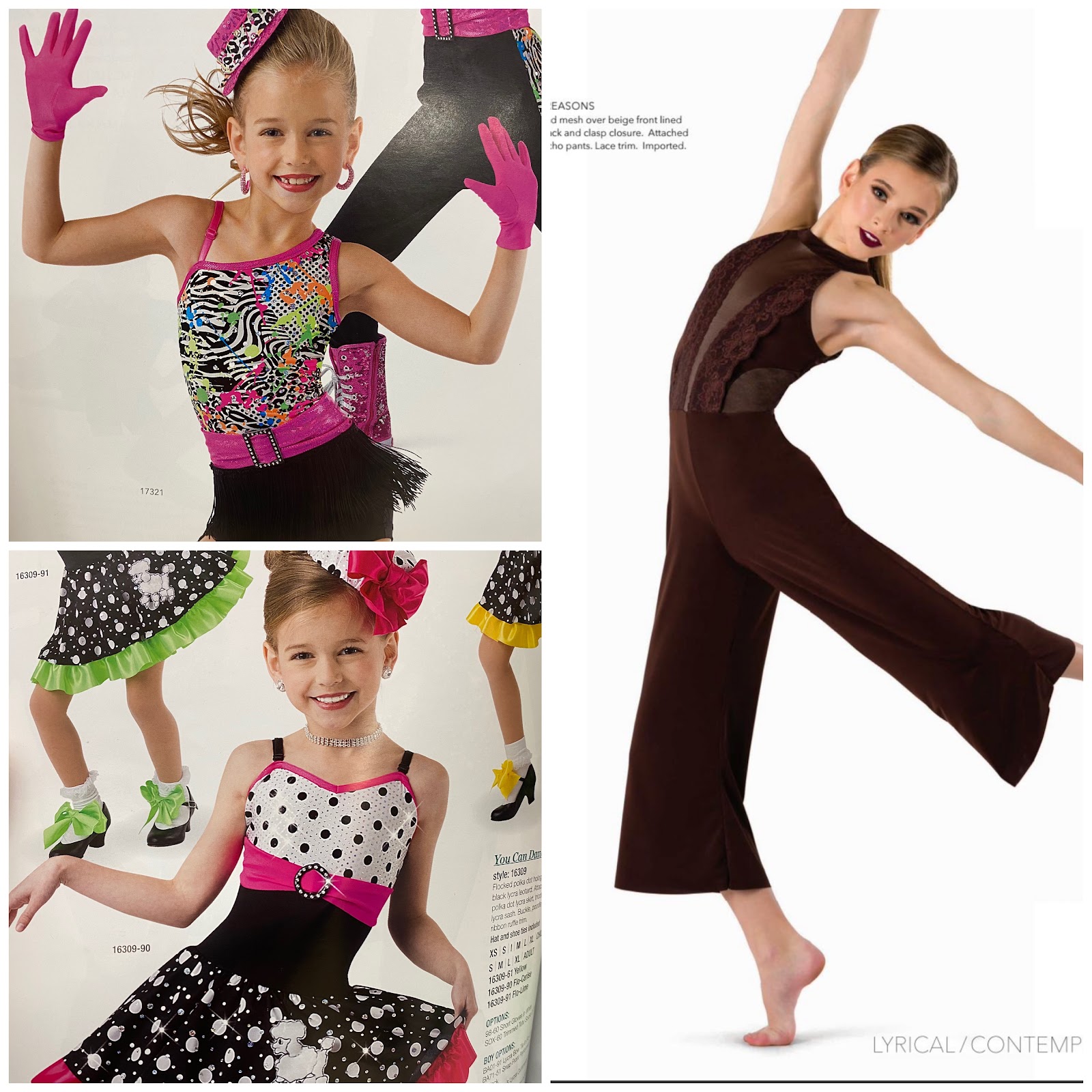 The photo on the far right comes from our Season 21 catalog, and when Janet first flipped through the digital booklet online, she unwittingly breezed past that page.

“It’s amazing seeing the difference. You look at her in that little lollipop photo and then these last ones that came out in the digital catalog...just seeing her evolve from just standing there to doing real poses, not just, ‘Hi, I look cute’...she has grown so much.”

Layla credits her CG modeling experience with shaping her goals for the future. She wants to become a professional dancer, and thinks modeling at a young age helped her build the confidence necessary to perform under pressure.

“I think the thing I got out of it was working with photographers and real makeup artists,” Layla says. “I think that really impacted how I am today, just being good with the camera and taking directions from people. I think my experience with Costume Gallery really helped.

“I feel like when I was younger, I was just doing it for fun, like I thought it was really cool to do. But as I got older, I noticed I really enjoyed it, but not just to do it for fun — to work at it. I think that kind of clicked in my head as I got older.”

Janet’s dance career ended shortly after college. She went from CG cover girl to high school cheerleader to theme park performer, then began her current career as a kindergarten teacher. She remembers seeing her own mother burst with pride when she appeared on the CG catalog cover back in 1985, and now, following Layla’s journey, she’s watching history repeat itself.

Layla’s grandma even has an Instagram account so she can keep tabs on the family’s most famous dancer.

“My mom’s dream was for me to be a professional dancer,” Janet says, “so she absolutely loves watching Layla do her thing.” 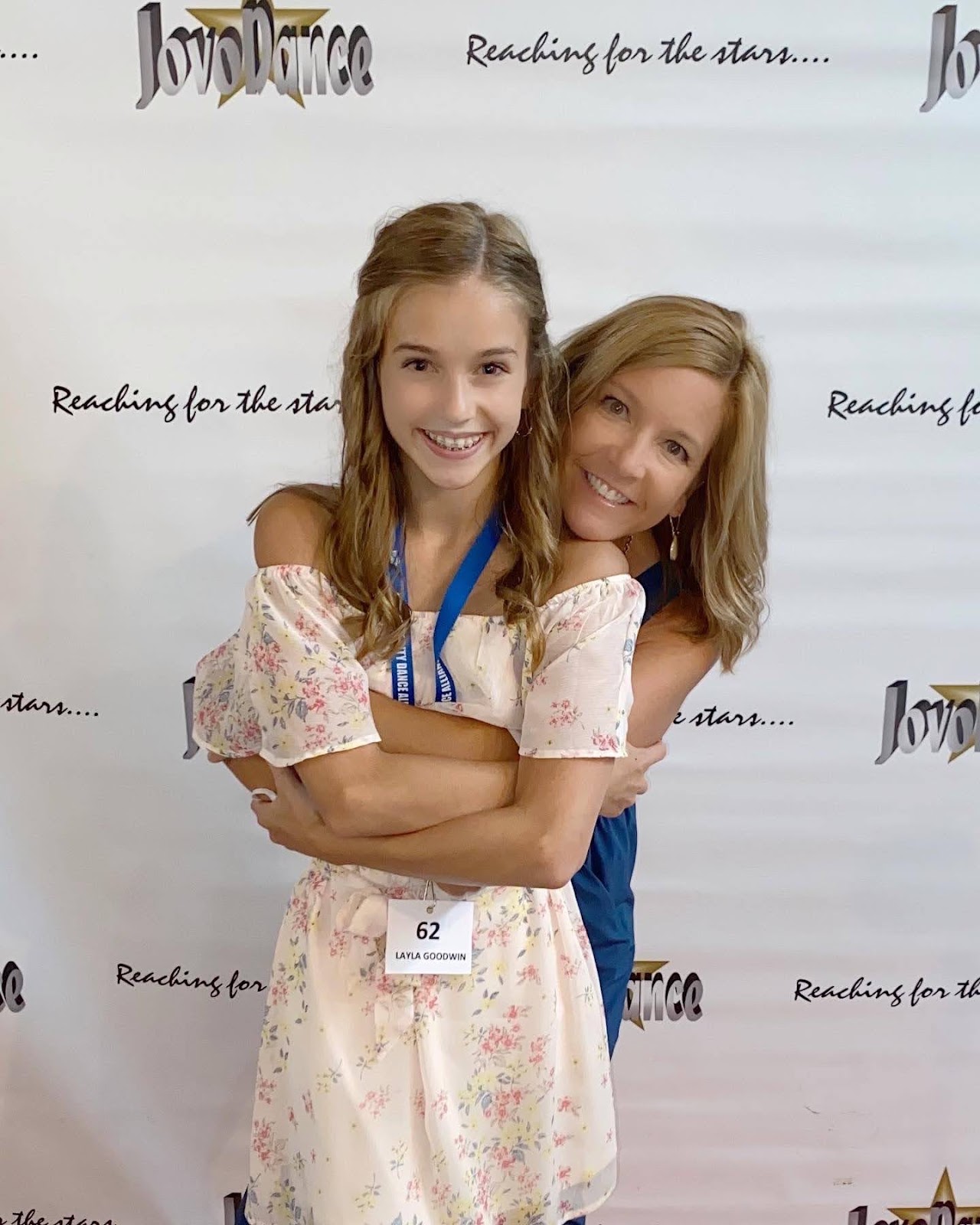 Many thanks to Janet and Layla Goodwin for taking the time to share their story, and their family photos, with us! You can find Layla on Instagram at @layla_loves_to_dance and follow her adventures as a Costume Gallery Dazzler at @costumegallerycostumes. Stay tuned to our blog for more fun and inspiring stories from the world of dance, and while you’re here, don’t forget to check out our amazing selection of unique dance recital and competition costumes.