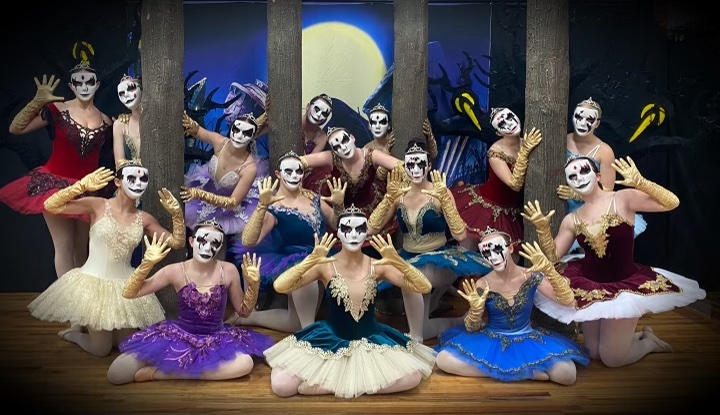 Running a dance studio in the COVID era has, at times, seemed like a bad dream for Dana Stone. But she was fiercely determined to do whatever it took to make her “Nightmare” come true, for the sake of her students and their families.

Dana’s 2021 holiday show at Stepping Stone Dance Studio in Bristol, PA, was a creative spin on “The Nightmare Before Christmas.” She needed to make a huge statement with the costumes, but expenses had to come completely out of her pocket, and Dana knew that simply finding affordable dance costumes to fit her vision would be challenging.

“The vision was as much Broadway as we could — as big and elaborate and mystical and amazing as we could — and the costumes are a huge contribution to that,” Dana says. “A lot of people go out there and put holiday shows on and are doing it in leotards, tights, leggings and tee shirts, but that’s not what we’re about. We are putting on a show! And we need to be able to do it where we can afford to do it and make it look spectacular.

“I just take all different costumes and try to put my vision with it and try to create something that is going to be eye-catching and spectacular on stage.”

After a lifetime in the performing arts, Dana is an expert at putting imagination into action. Her innovative spirit has enabled her to build – and sustain – one of the most successful dance studios in the Philadelphia area over the past 11 years. Still, she needed some help with her holiday plans.

It was a partnership made in heaven – or should we say, Halloween Town? 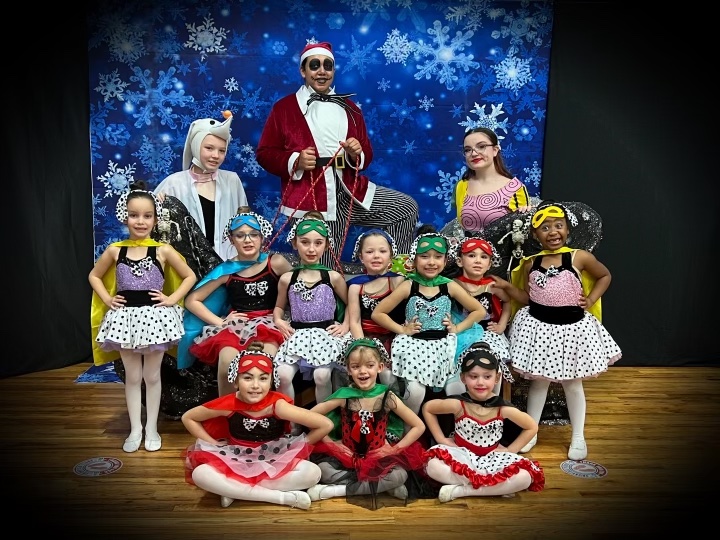 Dana worked closely with the staff at Costume Gallery to identify in-stock options from both the CG and Art Stone collections that could achieve her desired look. She took advantage of special Flash Sale discounts and welcomed some costume donations. She mixed and matched costume styles and added accessories from Amazon to create her version of the “Nightmare” characters.

She ended up with everything she could have asked for. Not only did her one-of-a-kind costume designs look incredible, but Bristol Riverside Theatre, a local playhouse, donated their space for Stepping Stone to put on a sold-out show.

“I literally cried afterward, and I’m not a crying person,” Dana says. “You can ask anybody, I’m not an emotional person when it comes to that. And I cried when the show was over because I just couldn’t believe it. We were able to get through it, and the feedback on the show was amazing!

Here are some costume highlights from Dana’s show: 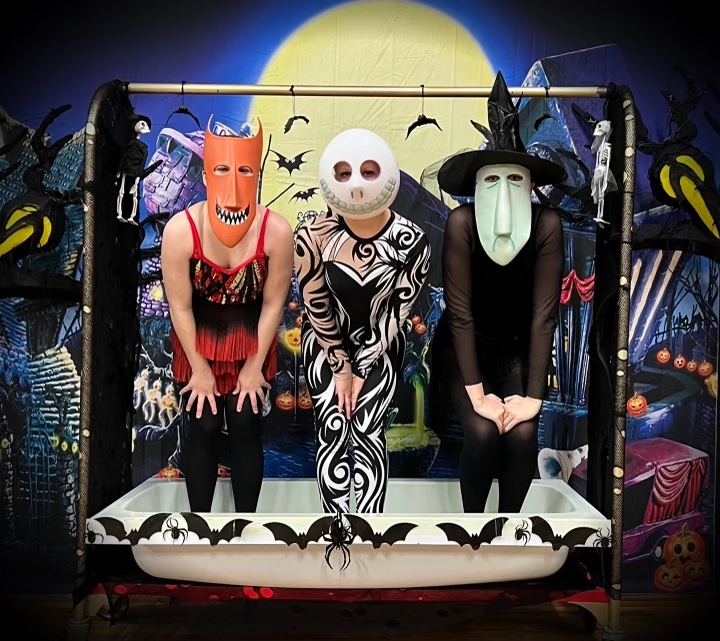 Stepping back and watching Stepping Stone’s holiday show come to life was especially gratifying for Dana, given all the creative adjustments she’s had to make over the past two years. This show, she says, was a metaphor for the dance business during a pandemic: If you want to make it, you must be open-minded, flexible, willing to roll with any punches that come your way – and above all, eternally hopeful and optimistic.

“It’s just thinking out of the box and using your resources, and a lot of times, being willing to use the different colors and everything on stage,” Dana says. “Some people are very black-and-white, where they want everybody the same color, where I have a vision where I like the multiple colors where I can make it work. I can take the same fabric color and I’ll use eight different costumes in one number, but they’re all the same color, they’re all the same fabric, they’re just different styles, different creations. I do that a lot, especially with our holiday show because it has to be what I have on hand and what I can afford and to help my vision come alive.

“If you’re a black-and-white type of person, it just will never work. You’ve got to be able to look through all the gray areas and color areas and just keep a very very open mind to being able to be creative and think outside the box.”

Times are still tough for studio owners, and since 2022 dawned, Dana has had to move on to new challenges. She’s currently in the process of securing costumes for her spring recital, which requires lots of patience and perseverance.

Asked to reflect on what she has learned from her recent experiences, she doesn’t hesitate.

“I learned that I am not going to let anything defeat me,” Dana says. “We are still in COVID times, still fighting that right now. We’re still fighting the world that we live in, and it’s affecting so many avenues and so many life paths that we’re taking, and I’m just like, ‘I’m not going to let this defeat me! I’m gonna have a Christmas show! I’m gonna make this happen on the money I have!’

“What I’ve also learned is that there are still people out there that do care. And I really felt that Costume Gallery cared about what I was doing and tried to help me and knew that I was in a financial crunch. You have no idea how thankful I have been over the last couple months for the people upstairs.”

Costume Gallery has been a leading innovator in the dance industry for more than half a century. We celebrate the creativity and imagination that drives studio owners to push through all obstacles. Stay tuned to our dance blog for more inspiring stories throughout the year, and browse our colorful collection of dance recital and competition costumes to shape your own unique performance vision!